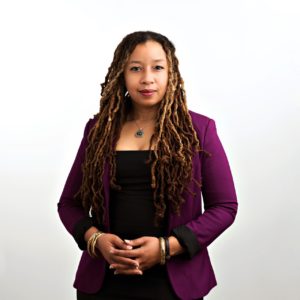 Member of Provincial Parliament for Kitchener Centre, is a respected activist and educator who holds both a Masters and PhD in Education. Her commitment to building inclusive communities both within and outside of educational environments is grounded in her knowledge of how to put anti-oppression theories into practice.

Laura Mae is a knowledgeable advocate for the rights of women and girls, a respected ally to marginalized community members, and, most importantly, a courageous public speaker on issues often left unaddressed in the mainstream. Laura Mae is the Official Opposition Critic for Anti-Racism, and Colleges and Universities. The Leader of the Official Opposition appointed her as Chair of Official Opposition’s first Black Caucus, to collaborate with Black communities and allies to address systemic anti-Black racism in Ontario. 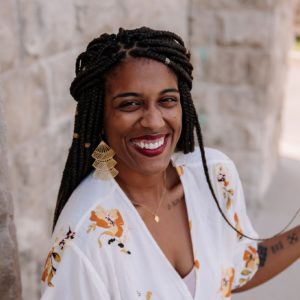 Guelph born and raised, University of Guelph Alumni, Valedictorian Graduate from the Randolph Academy for Performing Arts, Kween is living out her passions. She is a dance teacher, actor, singer, and advocate.

She teaches Soca/Dancehall/Afro at the University of Guelph, and runs one on ones for adults. Dedicated to Carnival, she helps promote Caribbean Dance, and gives her time back to high schools teaching dance and mentoring youth during Black History Month. She currently is one of three holding an Artistic Residency with Guelph Dance 2020/2021 promoting BIPOC art through movement and dance. You can catch her monthly as host and community producer on Rogers Channel 20 with her show “Diverse and Converse” a BIPOC panel discussion.

Kween is also the Executive Director and Community Engagement Coordinator for Guelph Black Heritage and organizer of the Guelph BLM solidarity protest. She advocates for the rights of African and Caribbean people, and continuously takes part in activism and mentorship for her Black community. She is honored to be a role model for her city. 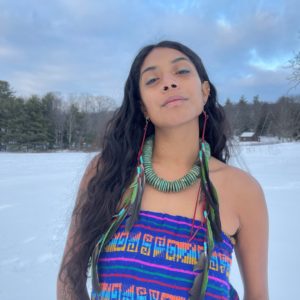 is an indigequeer mujerista, abolitionist, ceremonalist, earth steward + unicorn mamá. they come from el ombligo del luna aka méxico and the borderlands of Tongva territories, so called Los Angeles, Califas. Their medicine walk on the red road is in service to Black, Brown, indigenous, and people of color sovereignty. believing that when we heal with the soil, heal the soils that sustain us, tend to the seeds, we heal our souls, we remember we have always been free.

They create spaces of remembrance, where youth and YOU may meet your sacred. meet your  ancestors, and hear the truth that lives in their heart with the support of ceremony, plant medicine, and story. xóchicoatl maintains an herbal and healing practice through la mala yerba  that seeks to connect all people to socially-conscious plant and ancestor work. 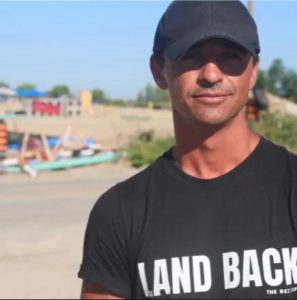 is a Mohawk land defender from Six Nations and the spokesperson for 1492 Land Back Lane. 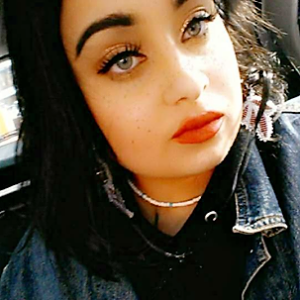 is a community organizer with “Your Downtown Guelph Friends”, a mutual aid group providing support for unhoused communities, and activist currently living on the treaty lands of Mississaugas of the Credit First Nation of the Anishinaabek Peoples. She strives to build connections between people, the earth and all existence. Some of her work includes advocacy for housing and addictions supports for unhoused & substance-dependent communities, solidarity actions & events in support of land defenders, and raising awareness about refugee & migrant struggles in Guelph. She is an aspiring social worker and loves to spend time volunteering with various causes. 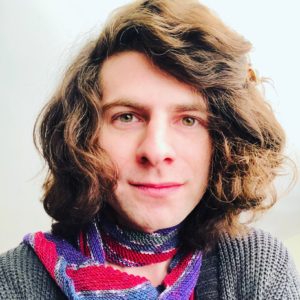 is a writer and social movement worker in Toronto. A co-founder of the network Artists For Climate & Migrant Justice and Indigenous Sovereignty, they are also the coordinator of Ontario’s Suppress The Virus Now Coalition, a broad association of organizations and individuals calling for a just, equitable COVID-19 elimination strategy (sometimes described as #COVIDzero or #ZeroCovid). They are a frequent contributor to Briarpatch Magazine. 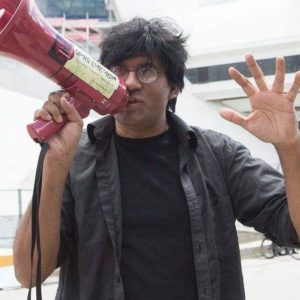 writes and produces for No Borders Media in Montreal. He has been actively involved in anti-capitalist, anti-authoritarian, anti-colonial organizing and projects for two decades, including against police violence, poverty, racism, fascism and in support of Indigenous land defenders and for migrant justice. 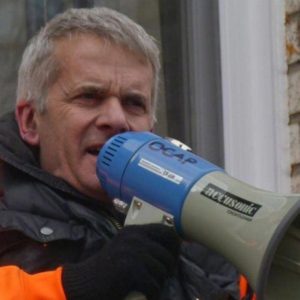 got involved in anti-poverty organizing in London, Ontario in 1983, when he helped to form a union of the unemployed. From 1990 to 2019, he was an organizer with Ontario Coalition Against Poverty (OCAP). Presently he is the Packer Visitor in Social Justice at Toronto’s York University. 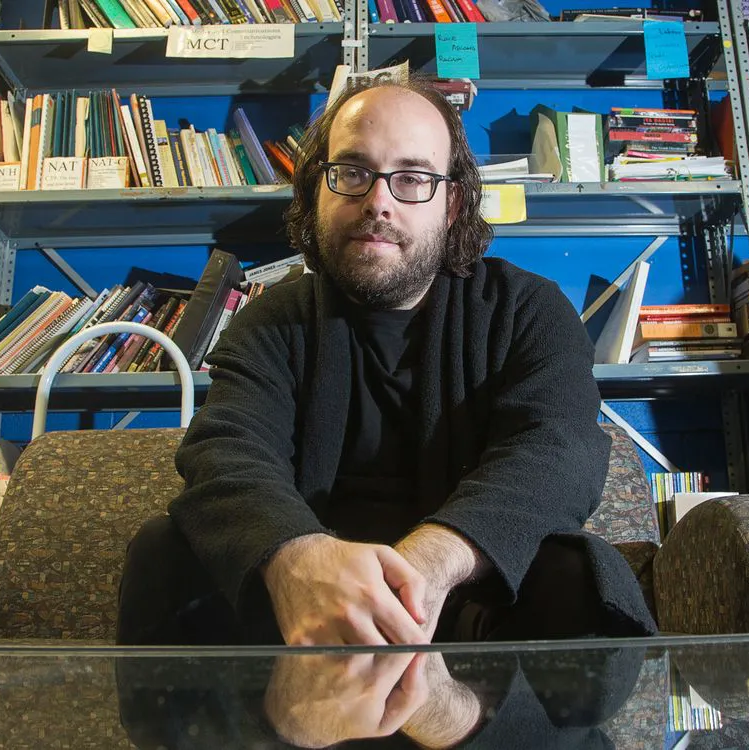 is a disabled Mi’kmaq organizer and strategic planning nerd living on Algonquin Territory in so-called Ottawa, Ontario. Recently, Brad was the Executive Director of Makonsag Aboriginal Head Start, Inc. and has held various roles with OPIRG, the Guelph and District Labour Council, the Canadian Union of Public Employees, other non-profit and grassroots organizations. His recent work led him to focus on the development of models of Indigenous-led childcare systems in Ontario and issues arising during the COVID-19 pandemic in that system. Beyond this, Brad also writes various articles and runs the occasional radio show or podcast. 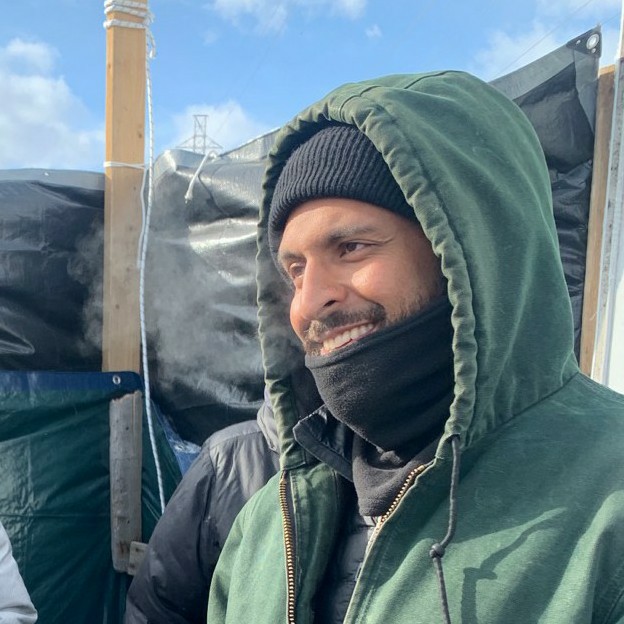 is a health worker of the Kutchi diaspora. Their current home is on unceded and occupied Lək̓ʷəŋən and W̱SÁNEĆ territories, where they work towards health autonomy, abolition & collective liberation. 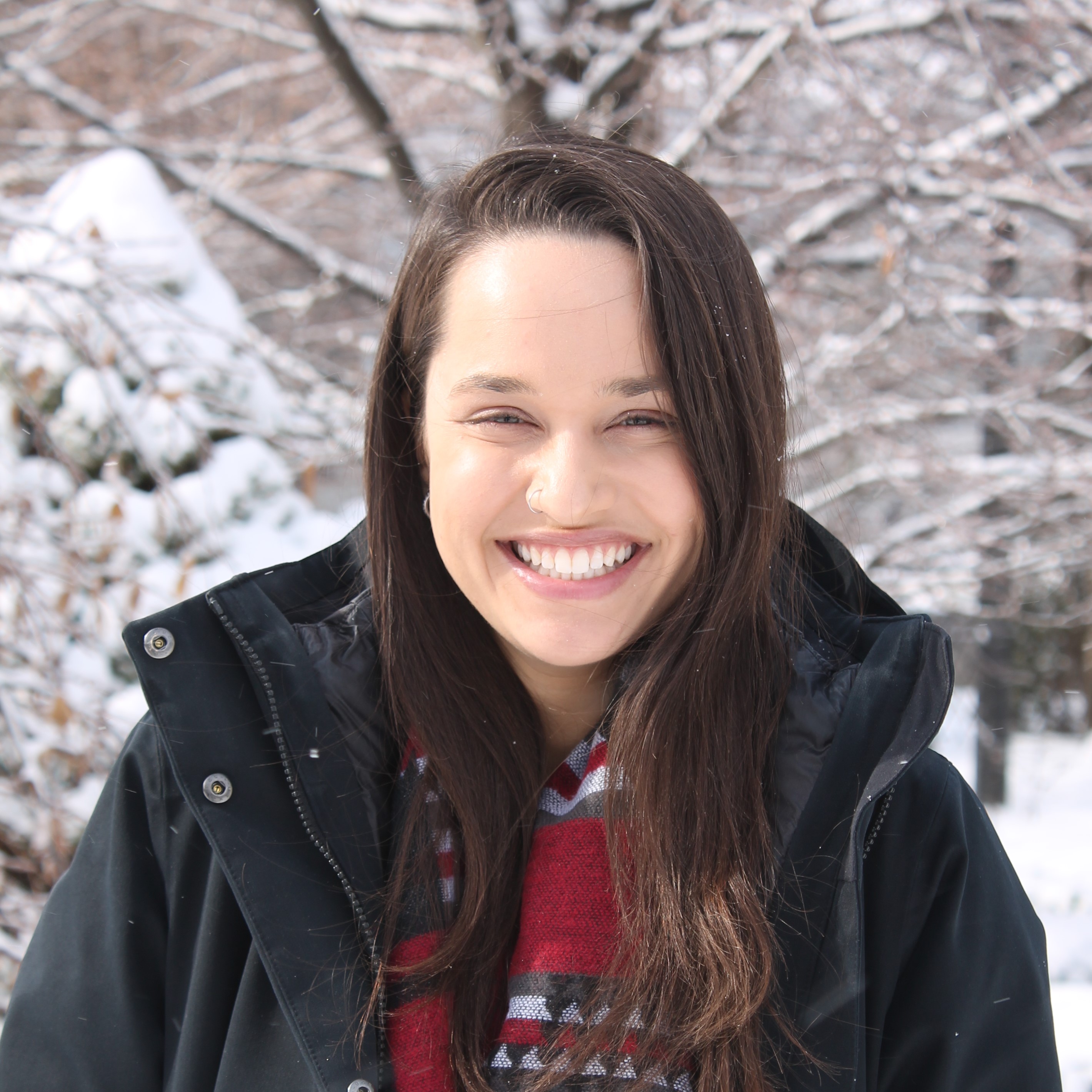 is the current VP External for the Central Student Association at the University of Guelph. Over the past year, she has been organizing with and advocating on behalf of students on a local, provincial, and federal level. Some of the student issues Horeen advocates on include access to post-secondary education, financial barriers/tuition fees, fairness for international students, food insecurity, sustainability and more. Students have been hit hard by COVID-19 pandemic, and need resources and supports now more than ever. 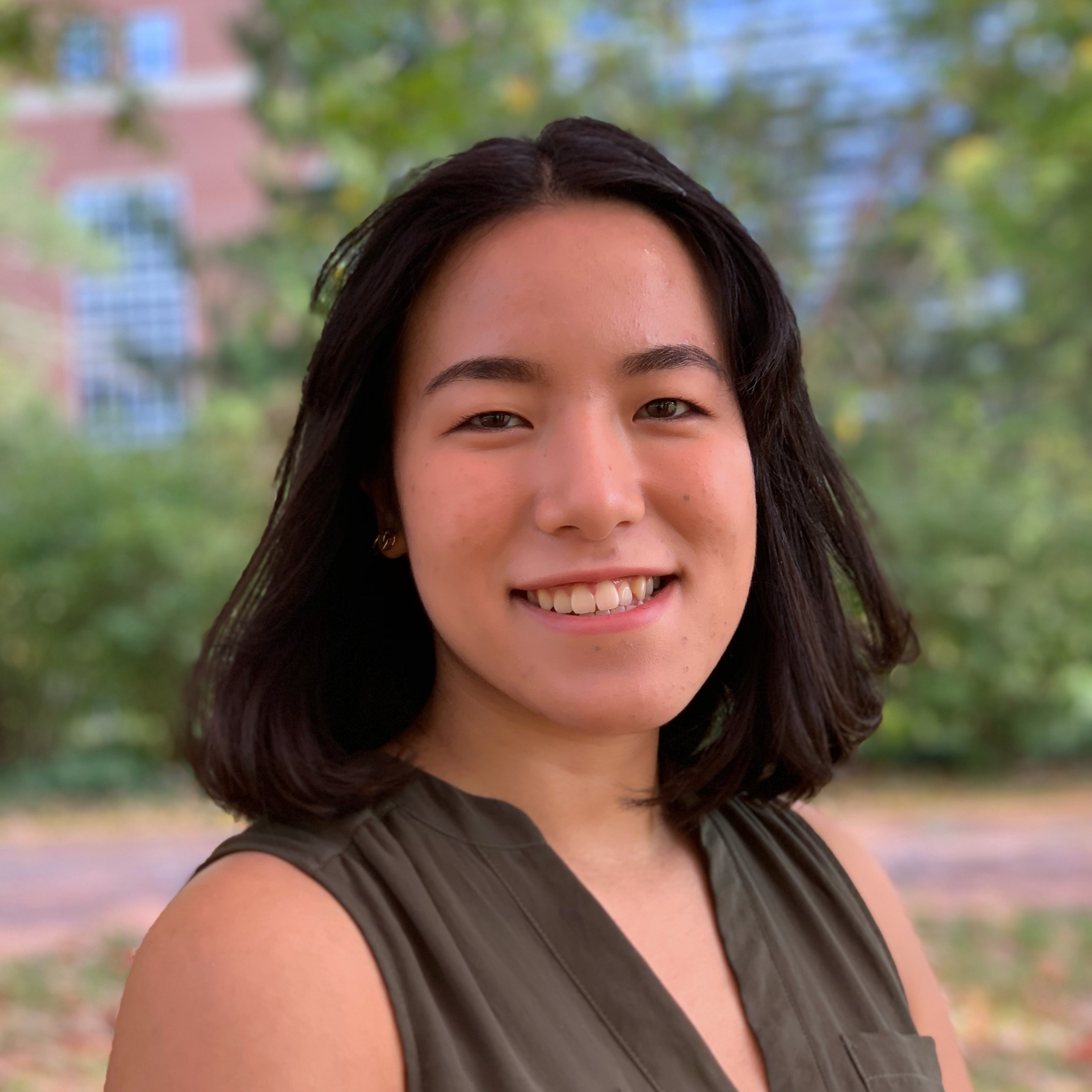 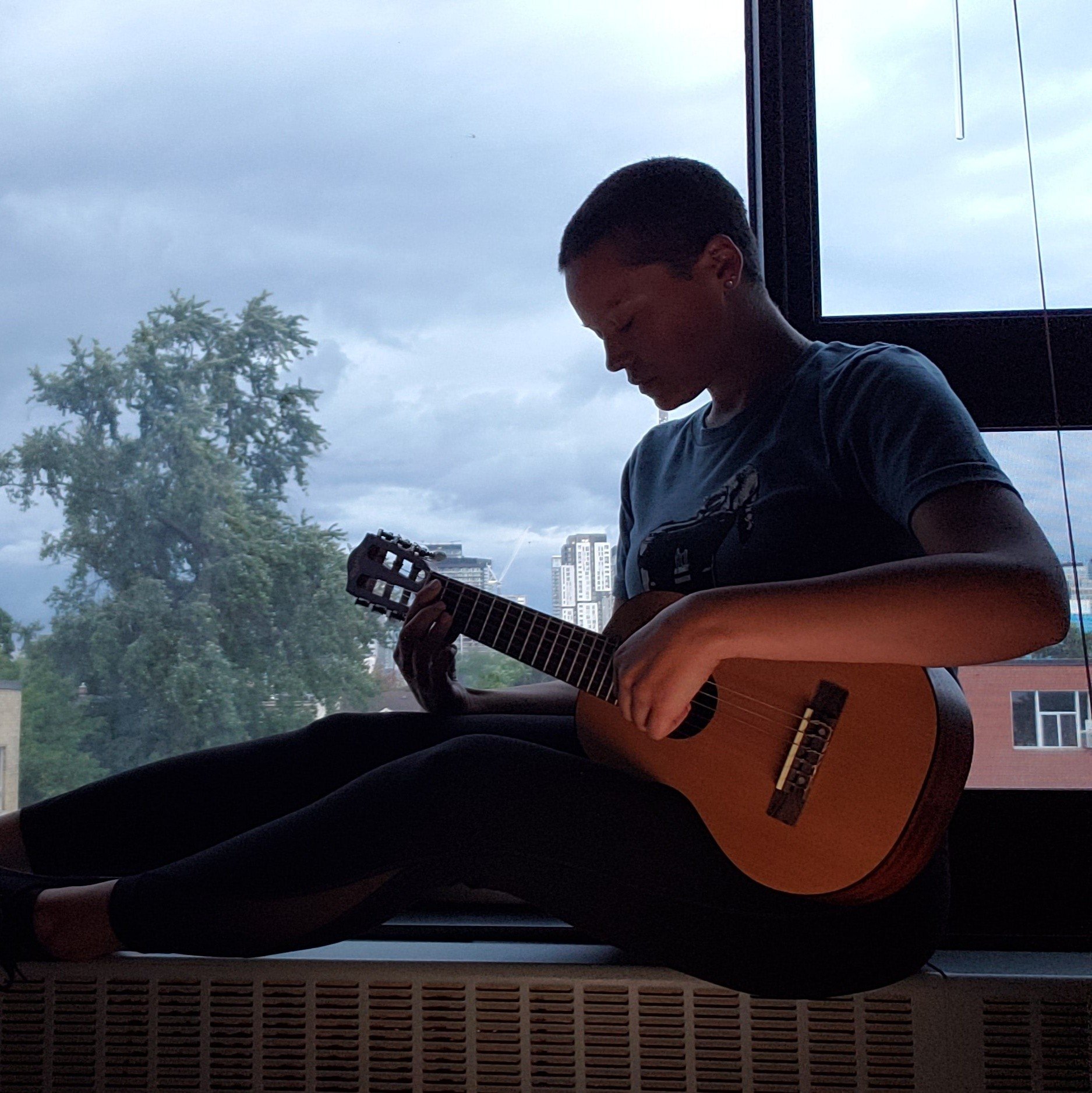 is a bike courier and has been delivering for numerous app based employers in Toronto since 2017. As a worker-organizer with Foodsters United she was an integral part of the Union campaign, settlement process, and supporting Foodsters through the COVID-19 pandemic. She continues as a worker-organizer with Gig Workers United CUPW – a community union for gig workers – and as a founding member of the Foodsters United worker Co-op.